This year, I will be turning 18 years living in America. I would like to reflect on those challenging years in this blog. This led me to coin the concept “American Years”. It is driven by the question I am constantly asked: “How long have you been in America?” August 21, 2013 will be my 18th anniversary in America, so I will have 18 American Years and 18 non-American Years.

When you’re a grown man coming to the U.S., you again have to go through another period of “growing up”; this time into an American citizen instead of into a man. For me, growing up again made me a feel like being handicapped in a race against time and age; perpetually struggling to catch up to the other racers who were born in America.

For a very few, coming to America is easy, but for very majority of us, it was one of the greatest challenges of our lives. I still remember that KLM flight landing in Chicago airport back in August 1995. I remember that moment my family and I passed the immigration desk to the Land of Opportunity after having escaped Iraq. Coming to the Land of Opportunity gave me a strong desire to achieve a high standard of success and that belief anything was possible.

Making your way in America as an immigrant is hard enough, but starting a business in America is something else. Looking back to all the years of being in America since the day one, there are five main challenges I encountered as immigrant turned American entrepreneur:

Learning English: Learning English to the point where you can speak fluently and with the least accent possible was extremely difficult. I still remember what my cousin told me: “When you learn the language of this country, you will be able to hold it in your hand!” When I first came,  I was only able to answer 5 questions: “What is your name? How old are you? What is your address? What is your social security numbers? What is your phone number?” It took me about 5 years to start feeling comfortable in speaking English. Eventually, I became proficient enough to read and understand college textbooks.  While in college, I remember reading my books, highlighting words that I could not understand, and then looking them all up in the dictionary.  This process made the typical college homework an arduous task. Yet, the American born next you finishes a page in less than five minutes.  Or there are those people who make fun of the spelling mistakes in the papers you turn in.

Work:  When I worked as a cashier, many customers were frustrated with me over my bad English.  I remember one time, when a customer waked in to the 7-11 store, and the first question he asked me was, “Do I speak English?” I replied in a funny way, saying, “No, English don’t not speak me”. During my university years, it was very hard to get an internship. After graduation, it became even harder when applying for a real job. Out of frustration, I became internally conflicted over changing my name from an immigrant sounding name to a more “white” name like John, or Mathew. I believed much of my difficulty in finding a job lay in potential employers disregarding my resume because of my foreign sounding name. Later, I would learn that other people, such as the authors of the book “Freakonomics”, validated this problem as an economic penalty paid by the bearers of foreign sounding names. Potential employers would often confuse the ethnic origins of my name, assuming either I was Greek, Japanese, or mixture of both, and then would become surprised when they met me faced to face for the interview.  I guess they never heard of Ninus, the great founder of the Mesopotamian city Nineveh. Also, many times during the interview I was asked if I have good communication skills. The paranoid side of me would always wonder “Is he asking me how my English is in an indirect way?” 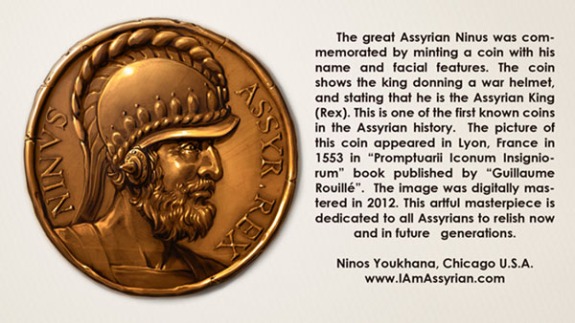 Family and Social Burden: Like many Middle Eastern and Asian cultures, Assyrian culture tradition dictates that the oldest child will work and support his parents and his/her younger siblings. The oldest child often works forgoes college and finds a job as soon as possible, so he/she can supplement his parents’ income and support his/her younger siblings in affording a college education. I was doing the same. I was working to support myself while at the same time helping out my family with expenses and paying for my sisters’ education. My mother served about 30 years as a director of procurement and purchasing department in the Ministry of Oil. My father was elementary school teacher.  I am positive that if my parents worked same years in America, our financial situation would have been completely different.  But after coming to America, they had to start all over, but at least they had a chance to start over.

I hope these challenges can be used to help reflecting on the type of character and capabilities, and life challenges I went through. It is like graduating from Life University. Finally, I would like to ensure the reader that I am very happy and proud to be an American. I saw the difference in treatment and discrimination of my relatives in Sweden, France, Germany, Austria and Australia. I have been to those countries and saw how much worse the racism was there. For those of you who are born in America, companies, recruiters, or just normal people, I just wanted to share with you the challenges I overcame to get where I am in life. I ask you not to take anything for granted and appreciate even little things like your name 🙂