The fault in my stars, they aligned!

Life isn’t FarmVille game on Facebook. It all matters – every sin, every regret, and every affliction. (Tiny Beautiful Thing and I)

I had just arrived back home in the U.S. about a few days ago. I had been working overseas for months at the U.S. Embassy in Baghdad without having seen my family and friends. A really long time. After a very long and very lonely flight, I was excited to be home. Finally, I was in the company of my family. I didn’t realize how much I missed America, the land of the free, where I never felt trapped and was always in full control.

It was Saturday and I snoozed like a baby, on vacation now with no rush to be anywhere and absolutely no worries. I finally decided to ease my way out of bed later morning. Normal routine. I washed my face and went downstairs to eat some breakfast. I finished and went back to my desk, picked up my kindle, and started my morning reading habit in peace.

Then unexpectedly, something extremely strange happened to me. Around 12:30pm, someone called my house. There are two cordless phones in my house, one at my desk and one in the living room. My father and I answered the phone at the same time. Keep in mind, my father does not speak any English, so if I had not picked up the phone also, the conversation might have ended right then. But I did answer.

And the caller asked to speak to Mr. Ninos Youkhana. So I responded that I was him. The caller authoritatively identified himself as an agent from the Inspector General (IG) office at the Treasury Department. 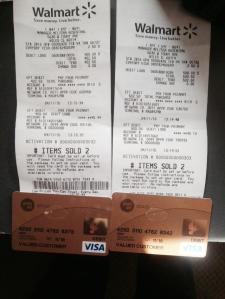 For a few minutes, I listened to him scold me for apparent tax violations. Normally, I would hold my ground and question a lot of things, especially with someone whom I had never conversed with before, but this peculiar guy seemed to know about me and my past travel. With every passing second, I couldn’t help but believe him, and even worse, be frightened by him. My world started to collapse in front of my eyes. The thoughts in my head started to follow a seemingly rational maze inside my brain.

“Mr. Youkhana! In a few minutes after I hang up this call, two police officers will serve you with an Arrest Warrant!” the caller declared. “The past two years, IRS had attempted to reach you and couldn’t…You have been accused for wiring money internationally and failed to report properly to IRS. There is a problem in your tax documents.”

The caller continued talking quickly and with an authoritative tone assuring me of all my rights as a U.S. Citizen. He even said I would be offered a lawyer if I didn’t already have one.

After about 20 minutes of installing fear, the caller started to pass a few instructions of what I needed to do. He would be guiding me through the process over the phone. He gave me an ultimatum that if I disconnected the call, he would call the nearest police station and send two officers to with an Arrest Warrant!

However, he told me that I could avoid the arrest if I paid the court fee of $900 over the phone. He said it was the weekend and we only had a few hours left to resolve this situation.

I was scared, frantic, and breathless. Was it a coincidence that I WAS away from the U.S. for three years and I actually did wire money to my non-English speaking parents? How did this guy know that about me? But regardless of if this guy actually did know these things or if I was in violation of IRS policy, his whole story sounded true. I was finally home on vacation and now this guy made it seem like I just came home only to be arrested! In two weeks, I was supposed to be in Malta. But the only image I had in my mind now was that in two weeks I would be behind bars!

The rational wall collapsed in my brain. Fear possessed me completely. My hands shook, my mouth was dry, and my heart raced. So many countless bad events flashed in my mind.

With blinding fear, I agreed. I sat down, followed his instructions, and started to obey him, feeling powerless without any rational. I was like a sheep going to be slaughtered!

My first instruction was to pay the $900 over EFTS: Electronic Federal Tax System, as he called it. In order to do this, I had to drive to the nearest Walmart and ask for a pre-paid Visa and Master card.

Continued to be possessed by fear, I sat in my car and drove to the nearest Walmart while the caller remained on the phone. Yes, I stayed on the phone with him the whole time! Ridiculous, I know.

The second step was to pay 8% of the amount owed which was $65K, as the caller claimed. It was an out of court settlement to avoid the arrest and drop the charges against me.

My intuition FINALLY came alive. Something inside me did not feel right.

I arrived in front of my house; I slammed the break, opened the car door, and stormed inside the house. I resorted to calling my tax accountant from my house phone to explain to him the situation. I told him I already paid money to this guy and now I had to pay more to prevent being arrested.

“It is a scammmmmmm!!! Hang the phone in his face!!!” my accountant screamed.

At that moment, I realized what happened to me. By then, it was too late for my brain to recover any logical reasoning. I became a victim of a tax scam.

I was still on my cell phone with this scam artist. And I was furious. I yelled and shouted and screamed and cursed at him.

Then I hung up and sat down on my sofa. I closed my eyes and tried to understand what happened and why?

I was so angry. I felt so stupid. It wasn’t the matter of $900. I felt that my dignity was lost, that my intellect was insultingly compromised. Of all the people in the world, I am the one became a sucker. I was the idiot.

Overtaken by emotions, I couldn’t keep my thoughts in any obedient form. It took about 15 minutes to gain control over my emotions, manage that suppressed anger, and numb the sharp pain in my heart – a few F$#Ks to myself were my cathartic release.

I didn’t want to think of what happened. I just tried to push it out of my memory and move on quickly. So I called my friend and went to the gym. I didn’t even tell anyone else what just happened to me. I was waiting for this dark emotional cloud to pass.

But I couldn’t get it out of my head. A few days later, I started to think long and hard about WHY this happened to me. So many small events had to occur in order to set the stage for this big event to occur and haunt me for days. Maybe it was fate. Maybe I was destined to be scammed. Maybe it was God’s way of punishing me for something or teaching me a lesson. I was trying to find reasons in places where reason does not exist…Maybe?

* Please take a minute to comment what you think.