It has been nearly nine months in the prison like/restrictive environment. I have missed the outside world. I missed my family, friends, and mostly my loved ones. Skype was my refuge, and oh! … Yea! … Facebook comes in handy on days like these.

You see…I have a unique job in a unique place.

I work in a very restrictive environment; I work for the U.S. Embassy in Baghdad. I cannot leave its compound. Basically, I am inside a very small and isolated community. After nine months, it starts to feel like a prison.

This blog is my travel story through Turkey, Chicago, and Athens. I don’t like to share much about the sightseeing, but will address some highlights. I tried to check-in at almost every place I could for people to read my reviews on attractions and restaurants on TripAdvisor. But these travels and experiences are mostly about my feelings and impressions of things that are of much interest to me and sharing it.

As I said in previous blogs, my life has been episodes of a long “Pause”, and then followed by a “Play”. This blog is about my last play/travel. What I mean about “Pause” and “Play” mode is the nature of my job. I work for long months, and then I take about month+ of holiday. 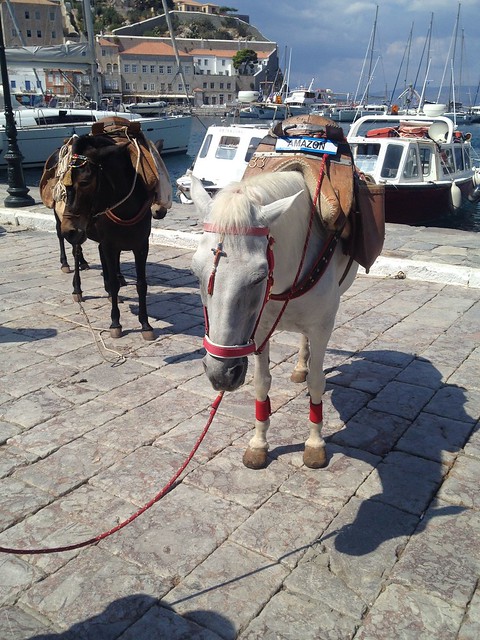 This time, I took six weeks of holiday. I took the entire month of August and two weeks of September. I wanted to make my 38th birthday very special so that I will remember for a long time. I understand, more than most, how difficult is to be stripped away from life’s pleasures. Being away from my family and loved ones, becomes difficult to handle. Being eight months in a closed environment makes one very agitated. Sometimes, I feel suffocated and out of breath. On July 31 is the night I was released to the outside world hungry for life’s pleasures.

My flight route exiting Iraq gave me a strange feeling. Only a few people could experience what I experienced, and yet, it is difficult to convey. I was just working a few hundred miles away from the major world crisis – ISIS. And now, I am flying over Mosul on the way to Turkey. While we were flying over Mosul, I was looking down thinking about the Malaysia Airlines that was shot down over eastern Ukraine. Is it possible that ISIS could shoot us down? It is a strange feeling flying over a major conflict zone and especially for people such as myself who work in Iraq.

I landed in Turkey on August 1, and remained for two days. In Istanbul, I reunited with my first cousin whom I haven’t seen for about 18 years. He is one of the victims of the ISIS terrorist group. He is a Christian who fled Iraq, to Syria, and now to Turkey seeking Life – a peaceful life. He has a tragic story just like many of those thousands who fled Iraq and Syria seen on CNN. His life story could be a Hollywood movie.

In Istanbul, we enjoyed our time by taking those red tour buses for sightseeing, shopping at a “fake products” market, eating delicious Turkish sweets, and spending a few hours touring Hagia Sophia, a sight that must be seen by every tourist if the opportunity presents itself. At the Hagia Sophia, I was reflecting on the similarities the sight symbolizes in the past and present. The Hagia Sophia church was converted to a mosque about 550 years ago during the Ottoman Empire and the expansion of Islam. It a representation of the present day bombing of the churches in Iraq and Syria during this rise of Islamic fundamentalists and the establishment of Islamic State. In a sense, an Islamic war that never stopped targeting Christians and churches in the Middle East with the aim of cleansing Christians and Christianity out from the Middle East.

I would like to point out to the reader that Turkey has become a major ISIS gate to Syria and Iraq. It is my personal recommendation for my fellow Americans to be aware of the risk involved in traveling to Turkey at this time. You never know who will be sitting next to you in the plane. I am very disappointed with the Turkish government for playing such a destructive role in Iraq and Syria.

Below YouTube video recorded by an Iraqi showing two ISIS members riding the Metro in Istanbul. (pay attention to the hidden T-shirt)

Then, I flew to Chicago to meet my family and spend some quality time with them. In the midst of my happiness of being home, I came to discover that my father started to suffer from short-term memory loss. I am worried that next time I come home on holiday; my father may not recognize me. I was reminded again and again that there is no victory without sacrifice. As I gain financial rewards, there is the expense of losing time from my family.

I am thankful for my father’s support to continue my holiday to Athens, because the day I was flying my father was undergoing minor cancer surgery.

During this time in Chicago, I finally made a big decision. I became an Apple Convert…Yea; I am a tree hugger now. After 18 years of a close relationship, I abandoned Microsoft for Apple. During the past years, I could not bring myself to justify buying an Apple computer – even though, I was able to afford it. This time, I just did it. I got myself a nice MacPro.

After the second week in Athens, I started to miss my life style at my job. Everywhere I went and everything I touched, I had to pay. Pay for water, Coke, ice cream…This “not paying for things” feeling, I get to miss it after a while. At my job, everything is relatively free. I pick up water, sliced watermelon; ice cream…everything I need is there for me to pick up. Only a few people in the world experience this feeling. I remember looking at a Cliff Bar by the register at one of the Walgreens and said to it: ”I will not pay to have you…I get you for free in Iraq”

After Chicago, I flew to Greece for about a month. Greece is one of the countries I long wanted to see. According to TripAdvisor, Greece became my 22nd country visited under the age of 40. It is very close to my heart. I love Greece. I was two years old when my family visited Greece in 78. I visited the famous Omonia Square where my family had spent their time. Back in late 70s and early 80s, Omonia square was a major gathering place for all the Christian Assyrians who left Iraq for Greece on the way to North America, Europe and Australia.

A few major highlights of my tip to Athens were visiting Acropolis, Temple of Olympian Zeus, and Mount Lycabettus. Every time I sat having dinner overlooking the Acropolis and Temple of Olympian Zeus, my heart was filled with wonder about the people who walked between the ruins 2000s years ago, including Socrates. It was a beautiful feeling meditating on those ancient people.

After a few days in Athens, I flew to Mykonos. Upon arrival to this beautiful Island, I fell in love with the white houses and buildings, the beautiful nature, and most of all those small family churches that where on every street. It was a beautiful feeling being surrounded by churches, a sight you don’t get to see that often anymore.

In Mykonos, I celebrated my 38th birthday with my girlfriend. Having dinner by the Aegean Sea and drinking wine on Mykonos Island was an experience to be treasured for many years to come.

I went back to Athens for a few days again. From there, I took a tour to two islands: Hydra and Aegina. I love the experience of Island hopping. Every Island tells a unique story.

At Hydra, donkeys remain the only form of transportation. And, just like at Athens where people hang Crosses in their cars, owners of these donkeys hang Crosses on them. Those crosses acted as a reminder of being in a Christian country and by the Cross sign Constantine, a roman emperor, carried his victory over paganism – a sign that remains the hope of victory over ISIS for many Christians. And at Aegina, I visited Agios Nektarios Monastery – an architecture influenced by that of the Hagia Sophia. People come to hear the sound of beating heart of dead saint Nectarios from around the world and touch his tomb believing in miracles. I highly recommend taking a boat and touring these beautiful Islands.

As my holiday came to end, Turkey and Greece marked number 21st and 22nd on my list of visited countries under the age of 40. I received an email from TripAdvisor congratulating me on being rated top 4% in Chicago on their social recommendation side.

* Any comments? write below. I love to hear them. 🙂